Sister companies, Princess Motor Yacht Sales and Rybrook joined forces in recently, for a thrilling day of driving and sailing through the beautiful Devonshire countryside.

The event took place on the 2nd September,  starting out early from Newport Street, Plymouth, with a tour of the Princess Yachts manufacturing facility.  Guests were treated to a fascinating insight into how Princess yachts are made. It’s a unique experience, and for those who had never seen luxury yachts in manufacture before, it was memorable.

Following the tour, guests divided into two groups. The first group boarded the Princess S65, for a 45 minute journey to Salcombe Harbour by yacht, while the second group made their way to the same destination by luxury car – namely two Rolls Royce models; a Wraith and Phantom, and two Bentleys; the Bentley Bentayga, and Bentley Flying Spur.  Each was joined by hosts from either Rybrook or Princess.

Strangely enough, it was the Princess that arrived in Salcombe first. With a top speed of up to 38 knots, she made the journey ahead of time, letting guests quickly disembark, and enjoy a little relaxation before lunch. The cruise, which hugged the coast between Plymouth and Salcombe, took in some of the most beautiful English coastline, and was a sample of what UK boating is all about.

For the convoy of cars, the winding lanes of Devon took a little longer, but when you are ensconced in the laid back luxury of a Rolls or Bentley, the longer the drive, the better.

Following a leisurely lunch, guests and hosts made the swap, and started the return leg back to Newport Street, Plymouth.  All in all the day was a complete success, and one that will definitely be repeated. 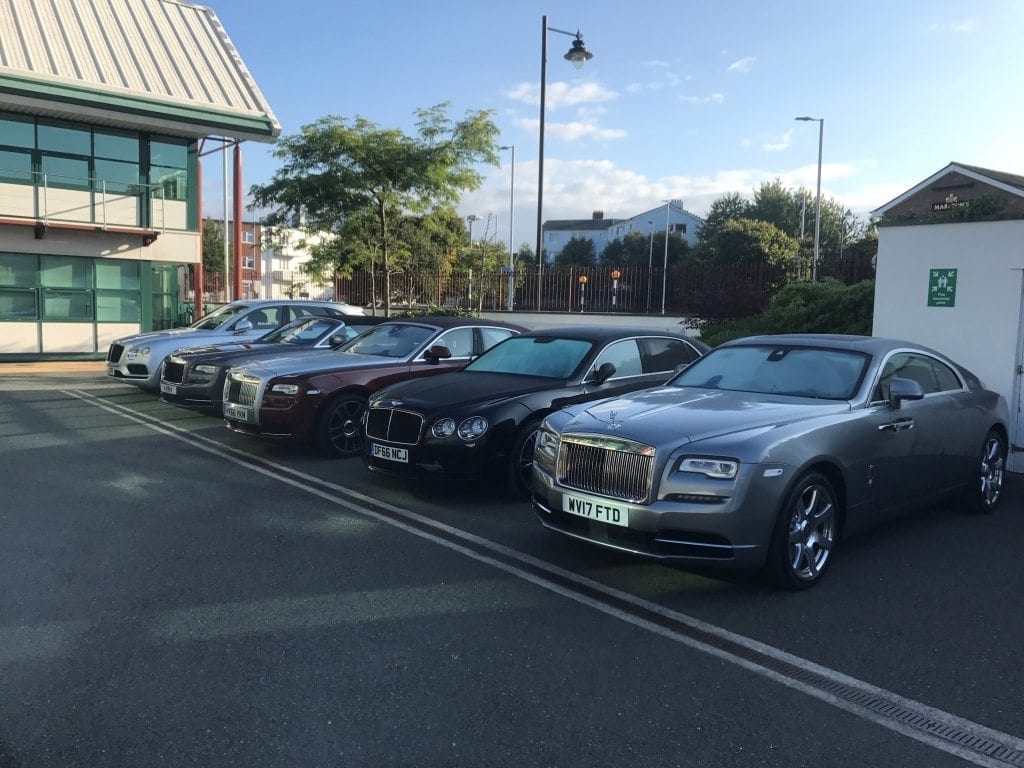 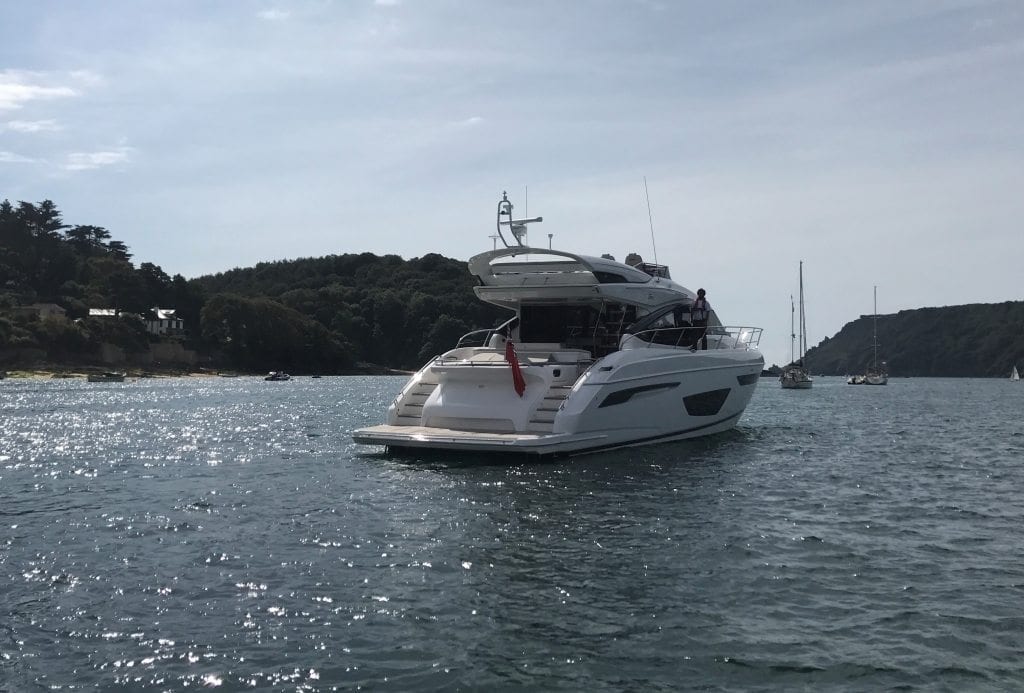 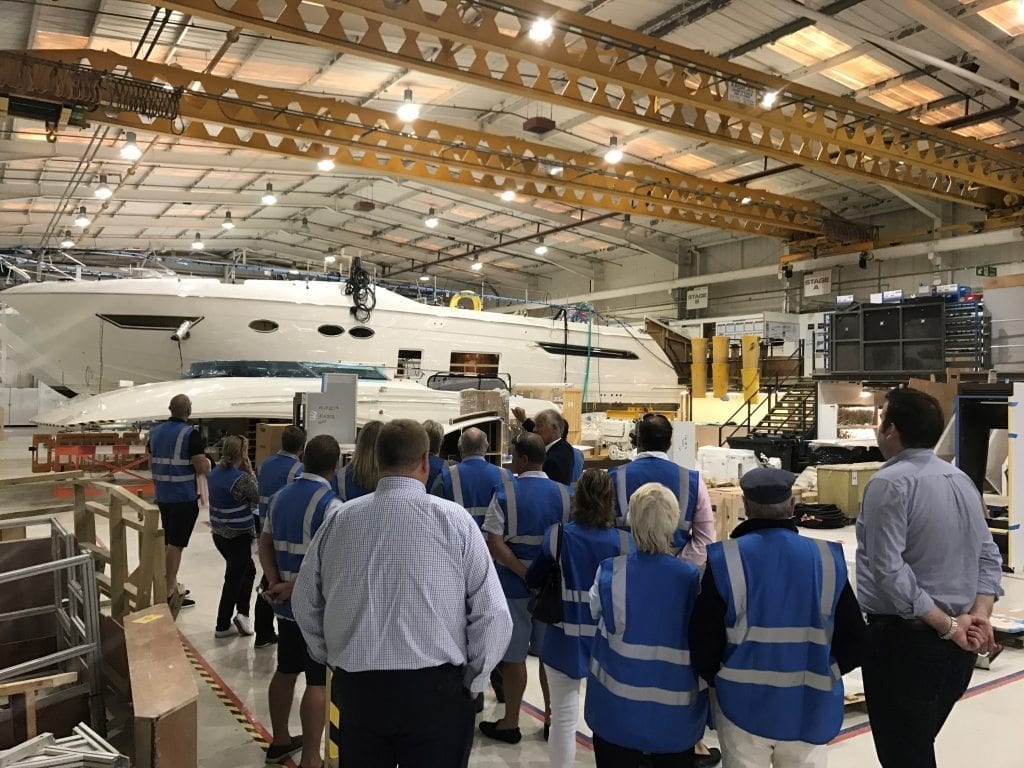