Seen from space, our planet is a beautiful blue sphere. The blue comes mostly from the oceans, five vast bodies of water that together cover just over 70% of the earth’s surface. They hold 97% percent of the planet’s water and at 39 degrees Fahrenheit, almost all of the deep ocean hovers a fraction above freezing point. Light never reaches the ocean floor, the world’s most mysterious destination – we know more about Mars than we do about the bottom of the thirty six thousand foot deep Mariana Trench in the Pacific ocean.

Life began in the seas somewhere between 3.1 billion to 3.4 billion years ago. But it only appeared on land 400 million years ago, making us land-lubbers the newcomers. Oceans are remarkable, astonishing, fascinating. So what are the oceans of the world? Here’s some knowledge to whet your appetite for the ocean waves.

Which is the biggest ocean in the world? Introducing the Pacific

What is the largest ocean in the world? The Pacific Ocean is the world’s largest, taking up a vast chunk of the planet. It spreads almost half way around the globe, from Asia to the Americas and Antarctica to the Arctic. It also happens to be the deepest ocean, on average 13,740 feet or 4188 metres, and covers 155 million square miles. The Philippine Trench is much deeper at just under 33,000 feet, higher than Everest, and the Mariana Trench is the world’s deepest ocean trench of all at 36 thousand feet.

Why the name? ‘Pacific’ means peaceful. The Portuguese explorer Ferdinand Magellan named the Pacific Ocean in the 1500s, coining the name from the ocean’s apparent calmness. More recent observations seem to bear the theory out – it looks like the biggest ever recorded waves really are generated in the Atlantic, not counting Tsunamis.

Some of the most popular destinations in the Pacific are island nations, many of which are exotic and extraordinarily beautiful, each a tiny paradise. Fiji and Palau, French Polynesia and the Cook Islands, Australia, Vanuatu, Papua New Guinea, Easter Island, Kiribati, Hawaii and Samoa, French Polynesia and Niue, and last but far from least New Caledonia and the Solomon Islands – are all extraordinary, all unique.

Ecology-wise, the Pacific is in just as much trouble as any other ocean thanks to a combination of dirty shipping, over-fishing, pollution and climate change. How can we save the ocean? In 2009 a study called ‘Pacific Ocean Synthesis’, from the US-based Center for Ocean Solutions, reviewed almost 3500 scientific articles from 50 nations in the Pacific basin. They recommended some widely applicable solutions, including better ocean management, projects to adapt to climate change, a reduction in over-fishing, and using IT to monitor the ocean and share information. They all need to be given a high priority.

It’s much shallower than the Pacific thanks to being ringed by large continental shelves, the most dramatic of which is the S-shaped mid-ocean ridge which runs its entire length. Most of the ridge, which marks the place where two tectonic plates meet, is way below the surface, but now and again it pokes out to form some of the ocean’s best-loved destinations: Iceland, the Azores, Ascension Island, and Tristan de Cunha.

A remote group of islands of volcanic origin, rich in remarkable wildlife, Tristan De Cuhna is named after another famous Portuguese explorer, this time Tristão da Cunha, who discovered the place in 1506. The population is just over 300, there’s very little tourism, it hasn’t been developed, and therefore it’s a dream destination for people who like their adventures way off the beaten track.

Another undiscovered gem is Porto Santo Island, off Portugal, set 27 miles north east of Madeira and undiscovered until the early 1400s. It remains rugged, unspoiled and rocky with gorgeous sandy beaches. Christopher Columbus himself lived there, as the excellent little museum on the island reveals. The capital, Vila Baleira, offers great shopping and the island’s golf courses and horse riding are big favourites with visitors to the island that Europe forgot.

What can we do to save the ocean? The Atlantic, like all of our oceans, is beset by pollution, over-use, ocean dumping, over-fishing, petrol and gas extraction, and the transport of toxic and hazardous materials. The solutions are much the same as those recommended for the Pacific: less human impact, more care taken over how we use the ocean, and a serious need to mitigate climate change before it’s too late.

The Arctic Ocean – Steadily getting warmer and more accessible

Not so long ago the Arctic Ocean was inaccessible for most of the winter. Now, with the ice floes, sea ice and glaciers melting faster than anyone predicted, some say it won’t be long before sailors will be able to safely traverse it year-round, and the dry land beneath the ice will be revealed in all its mysterious glory. Until that happens, the Arctic ocean remains one of the coldest, wildest and least hospitable bodies of water on the planet.

The Arctic Ocean is our smallest, shallowest ocean, covering around 4% of the planet’s surface, an area measuring 5,427,000 square miles. Set wholly in the northern hemisphere, it is almost totally surrounded by land, namely Russia, Norway, Iceland, Greenland, Canada and the USA. The average depth of the Arctic is 1038 metres, 3406 feet, and its deepest point is the Eurasian Basin, at 5450 meters or just under 18,000 feet deep.

The bold and the brave can enjoy circumnavigating Svalbard, a number of islands belonging to Norway, the largest of which is Spitsbergen. It sits way above the Arctic Circle, where you’ll see polar bears when the winter ice retreats. There are fewer humans on Svalbard than bears, of which there are about three and a half thousand. And the midnight sun on Svalbard means it’s light for four months in a row. There’s amazing wildlife to see, plus historic sites like the old Dutch whaling station at Smeerenburg.

Greenland is also on your menu when you sail the Arctic, the world’s biggest island and home to the only permanent ice sheet outside Antarctica. Cruises tend the hug the western or eastern coasts, places where hardy humans have lived for at least 4500 years, including Vikings. Once part of Denmark, now it’s an independent nation, a fairytale place of tiny, vibrant towns, awe-inspiringly enormous landscapes, thermal springs, geysers, volcanoes and geothermal pools. Think remote… very remote, and you get the picture.

How to protect our oceans? The same goes for the Arctic as it does our other oceans. Climate change and pollution are the biggest threats, both of which must be addressed to protect the unique environments in the region.

And the name? ‘Arctic’ comes from the Greek arktos, which means ‘bear’, it also means ‘Ursa Major’ and ‘pole star’. The connection between the bear – presumably a polar bear – and the star comes from the ancient Greek myth of the nymph Callisto, who was turned into a bear and hurled high into the sky by the god Zeus.

The Antarctic Ocean – Opposite the Arctic!

The Antarctic Ocean’s name means ‘the opposite of the Arctic’, a reference to its geographical location. It covers just 6% of the earth’s surface. Also called the Southern Ocean, it is home to the coldest place on earth, namely a particular high ridge in Antarctica where temperatures can be lower than minus 93.2°C. Humans are extremely thin on the ground there, it being one of the world’s least hospitable regions with very little land mass.

The Antarctic Ocean is roughly 3200 metres deep, or 10,700 feet, on average. Its deepest point is the South Sandwich Trench at just over 7000m or 23,000 feet. Antarctica itself contains 90% of the world’s ice. It also happens to be the world’s windiest, driest and coldest continent, a place where, despite all the ice, there is so little rainfall that scientists consider it a desert.

In the highly unlikely event you’ll land on Antarctica’s rugged coast, the Vinson Massif will impress you. It’s the continent’s biggest mountain and a significant landmark. And the Ross Ice Shelf, the biggest in the region, is quite simply awe-inspiring. But very few people sail these crazy-dangerous waters.

The Antarctic was long thought to be immune, relatively speaking, from climate change, but worrying signs are emerging that challenge the theory. Anything that we can do to protect the ocean from pollution and cut the risk of climate change will help keep this remarkable body of water in pristine condition, the way it has been for millions and millions of years.

The Indian Ocean – Exotic and balmy

The Indian Ocean was given its name simply because it lies to the south of the Indian continent. It is bordered by Asia, Africa, Australia and the Antarctic, and it is the planet’s third largest ocean covering a massive area measuring 28,350,000 square miles. It contains around 292,131,000 cubic miles of water and is a very busy ocean whose sea lanes contain more than 80% of the world’s ocean-going trade in oil, 40% of which travels through the crowded Strait of Hormuz.

Ancient Sanskrit writings call the Indian Ocean ‘Ratnakara’, the creator of jewels. It covers 20% of the planet’s surface and is home to the Sunda islands plus 56 more island groups. Compared to the other oceans it is home to fewer different kinds of sea life, thanks to its higher water temperature – it’s the world’s warmest ocean and also boasts the highest concentration pollutants in the form of hydrocarbons. The waters of the Indian Ocean feature a surprisingly low oxygen content thanks to runaway evaporation.

This ocean offers incredible treats as regards exotic places to explore. The most popular are probably The Maldives, the best-known of all the ocean’s island groups, a place that’s suffering terribly from climate change as the sea level rises. The people who live there are at the forefront of the battle against climate change, suffering its effects right now and hardest hit by its reality. These tiny, jewel-like atolls might not be around for much longer, so make the most of them while you can. Mauritius, The Seychelles and Sri Lanka are also stunningly lovely, fascinating places to experience along the way.

Your own favourite ocean?

We’d love to know which is your favourite ocean, and why. If you have any photos, that’s even better. We’d love to see them! For help and advice please contact one of our team at Princess Motor Yacht Sales at sales@princess.co.uk or +44 (0)1489 557755. 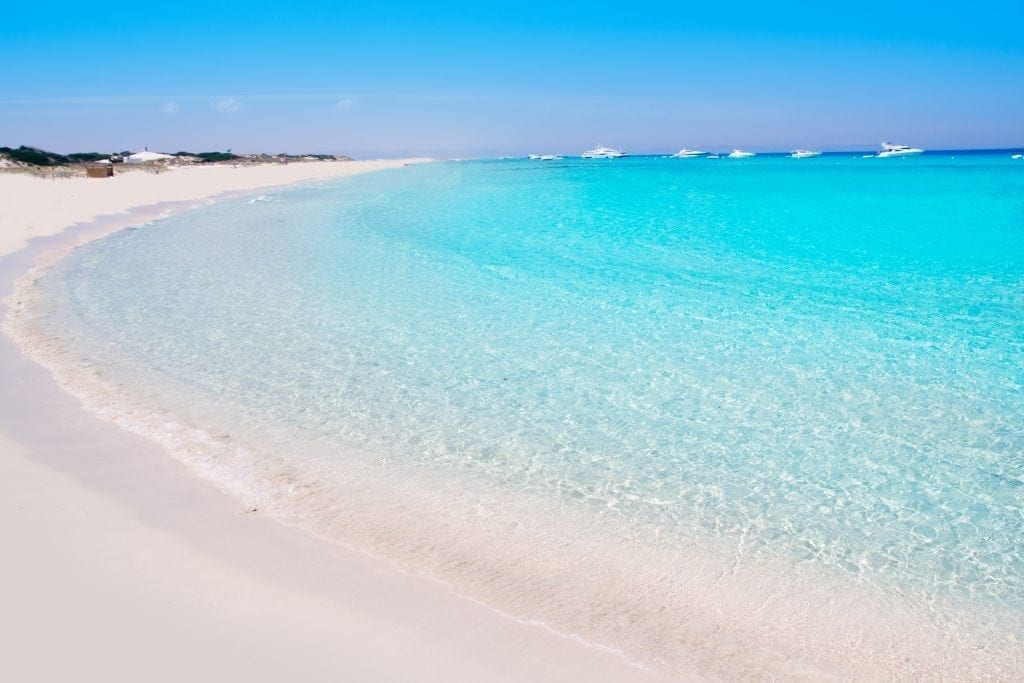 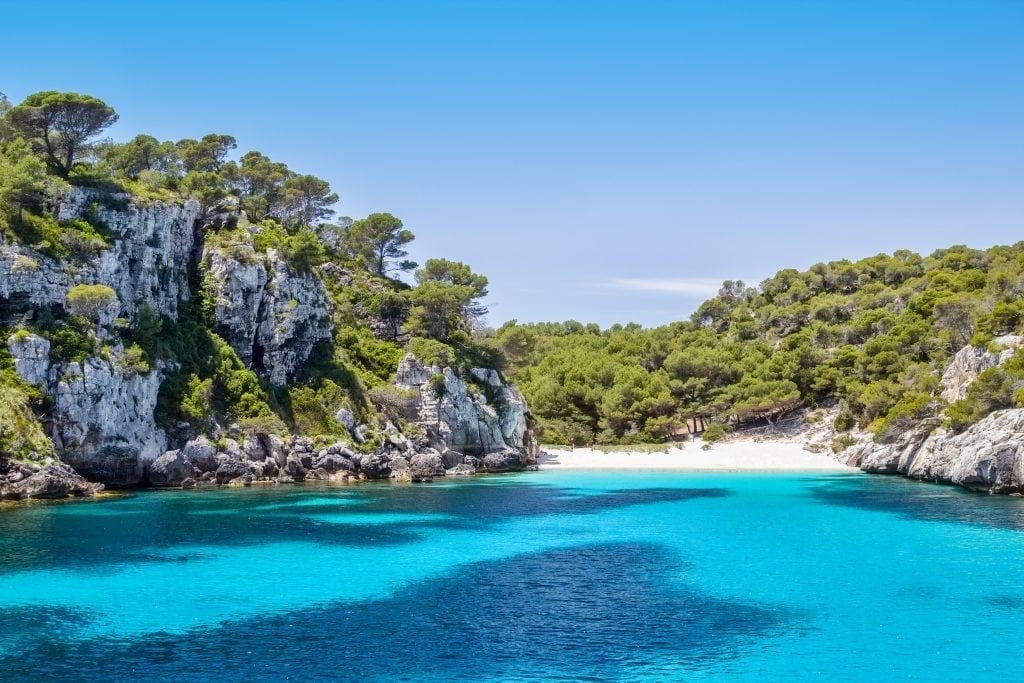 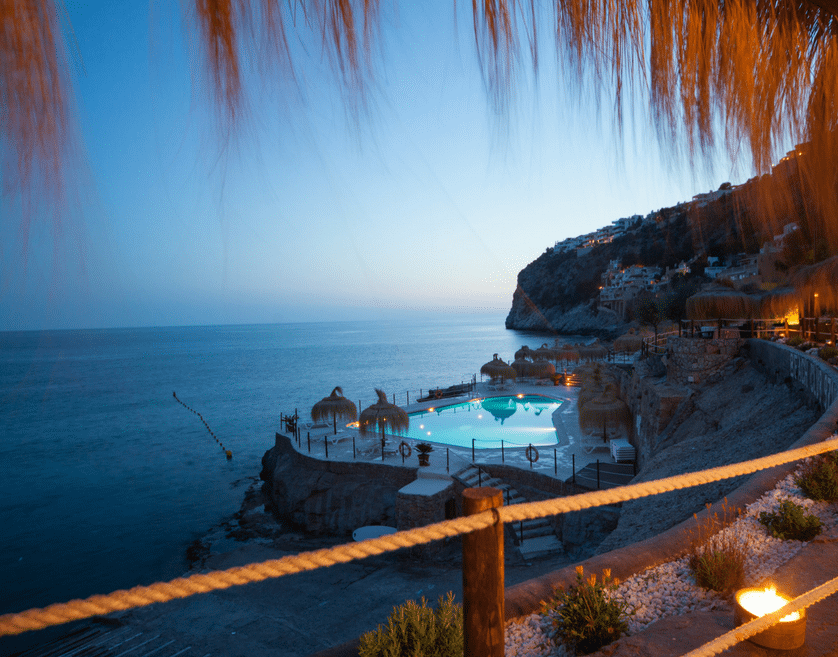 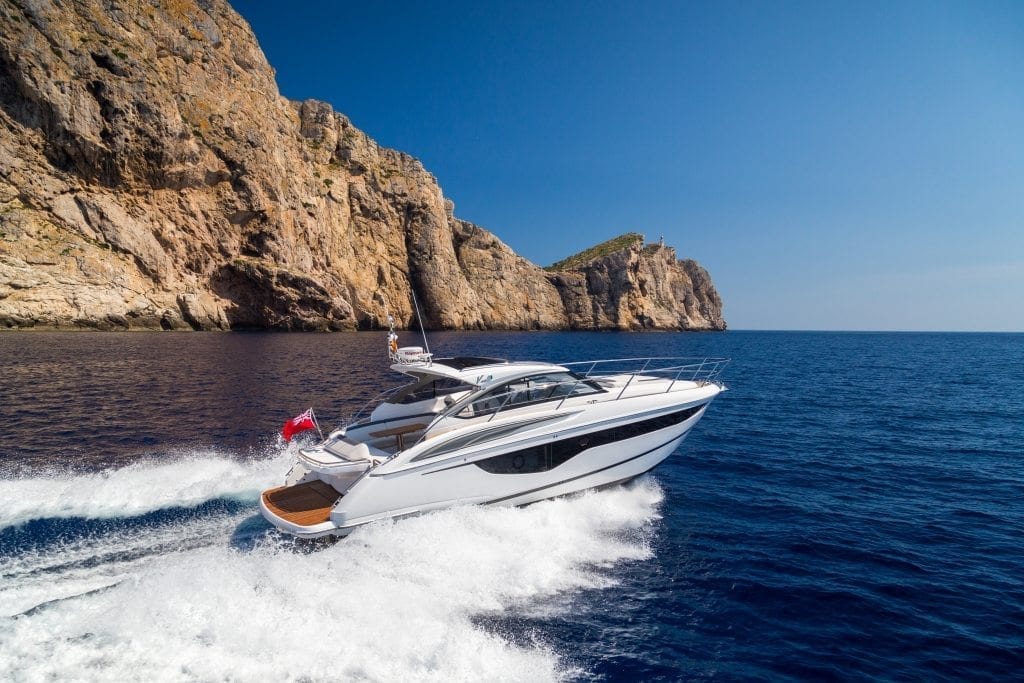