Environmental and ocean conservation news stories these days tend to be bleak. Donald Trump’s administration has announced that the U.S. would withdraw from the Paris Agreement and his new oceans policy has revoked the preceding 2010 policy, issued by President Barack Obama. Many other countries, however, are making even greater efforts to not only meet previously agreed commitments but to surpass them.

Currently, only 2.2% of our global oceans are strongly protected while scientists recommend 30 to 50% should be. The Convention on Biological Diversity commitment to the United Nations established a target that 10% of coastal and marine environments should become defined protected areas by 2020. Safeguarding the most threatened areas of our vulnerable oceans, the coastal regions, is critical as this is where most of the biodiversity exists.

Throughout 2018 the snowballing worldwide plastic pollution problem was front-page news. Every year an estimated 8 million metric tonnes of plastic end up in our oceans, mainly from coastal regions. Microplastic particles have now been found in the guts of our deepest ocean creatures which live at depths in excess of 10,000 metres. While stories and images of sea creatures whose stomachs have been so filled with plastics they cannot eat, have become very common these represent only the tip of an enormous ocean plastic pollution problem.

Five of the G7 nations (excluding Japan and the United States) signed a charter to progressively reduce plastic waste and the European Union approved a ban on single use plastics by 2021. In September 2018 a new partnership called the Global Plastic Action Partnership (GPAP) was formed via the World Economic Forum with the aim of translating commitments into real actions. The partnership will collaborate with governments and stakeholders in coastal economies in order to demonstrate how business, communities and government can collaborate by fast tracking circular economy solutions.

Since 2014 eXXpedition has been running all-women sailing voyages with a focus on plastics and toxics in our oceans. Their mission statement includes the following points:

In June 2018 the eXXpedition North Pacific 2018 all-female sailing expedition and scientific research mission set sail from Hawaii. Their pioneering voyage investigated the growing crisis of plastics in our oceans with a focus on microplastics and their impact on environmental and human health. The voyage was sponsored and fully supported by Princess Yachts. Kiran Haslam, Marketing Director at Princess Yachts stated:

“I am really pleased to confirm Princess’ commitment to pushing for change in the consumption of plastics, and to limit the impact we have as the world’s leading luxury yacht manufacturer in this regard. At all of our events we will stamp out the use of plastic straws, bags and wrappers, and we are now committed to bring about the same change within our global network. We will be asking all of our global distribution and dealer points, which exceeds 100 offices globally, to be following our lead over the coming months. We are delighted to be sponsoring eXXpedition, and wish the team a successful voyage. The Princess community, both professionally as well as personally, are united in seeing the ladies tackle toxicants via education and research, to bring about significant change in how mankind behaves going forward, and we will follow their journey closely.”

Princess Yachts has been working in partnership with the Marine Conservation Society to fund research at Eddystone Reefs. The iconic Eddystone Lighthouse is just 12 miles off the southern coast of Devon and Cornwall and the surrounding Eddystone reefs are part of the Eddystone Area of Conservation, designated in 2010. Measures were put in place in 2013 to stop bottom towed fishing taking place in the area which is home to a number of vulnerable species. The changes which have occurred since this restriction was put in place have been recorded thanks to funding partly provided by Princess Yachts whose main manufacturing plant is located nearby in Plymouth.

The challenge has been monitoring in deep sea areas beyond around 50m. This has been achieved in partnership with Cornwall Inshore Fisheries and the Inshore Fisheries Conservation Authority using remote camera equipment. The IFCA have helped by providing officers, vessels and camera equipment while Princess Yachts have helped cover the cost of analysis into 2019. Initial reports from this work are very encouraging with sponges, corals and bryozoans apparently growing in greater densities in protected areas.

Another great project supported by Princess Yachts has been the tagging and tracking of teenage turtles in the Turks and Caicos Islands. This is an important study as teenage turtles don’t come ashore like nesting females so they are much more difficult to tag. But gaining insightful knowledge of their mysterious, secret lives can reveal vital information about where protection is needed.

Early data reveals that these juvenile turtles tend to stay within the protected sea areas, feeding on the lush seagrass. But a noted, rarely recorded behaviour is that some have migrated significant distances away from the area. It is thought that these turtles are seeking feeding grounds on which they will feed for the rest of their lives. Some of these seagrass meadows are likely to be closer to the nesting beaches on which the individual turtles hatched. Satellite tracking studies have shown that two of the teenage turtles migrated over 2000 km. By tracking their movement its possible to identify where turtle populations might be threatened by human activity and to use this data to influence local conservation policies.

In a joint 3 year venture with the Marine Conservation Society and the National Marine Aquarium (NMA) Princess Yachts is funding the ‘helical’ (corkscrew) moorings project. These new, eco-friendly moorings in Cawsands Bay, Plymouth have been shown to allow environmentally beneficial seagrass beds to recover from damage caused by traditional anchorage methods.

Traditional moorings often utilise a chain which lies on the seabed. This is attached to a buoy by a link called a ‘rode’. As the chain is dragged over the seabed, due to movement of the buoy or the anchored vessel, the seabed is disturbed and seagrass growth in inhibited.

Various forms of environmentally friendly boat moorings have been trialled which lift the chain from the seabed. This low-cost, practical technology involves screwing ‘helical’ moorings into the seabed to which the mooring chain or rode is attached. A buoy prevents the chain from dragging over the seabed and damaging the seagrass growth. Kiran Haslam, Marketing Director, Princess Yachts said

“Three years ago we set in place an initiative in marine conservation, and every year we renew and strengthen our commitment to MCS. The delicate seagrass eco system is now in need of our attention and Cawsand Bay lies at the mouth of the river Tamar, a stone’s throw from our home city of Plymouth. We’re proud to be able to support the pioneering initiative that will give the seagrass beds an opportunity to repair itself.”

You can read more about the Princess Yachts Environmental policy here. 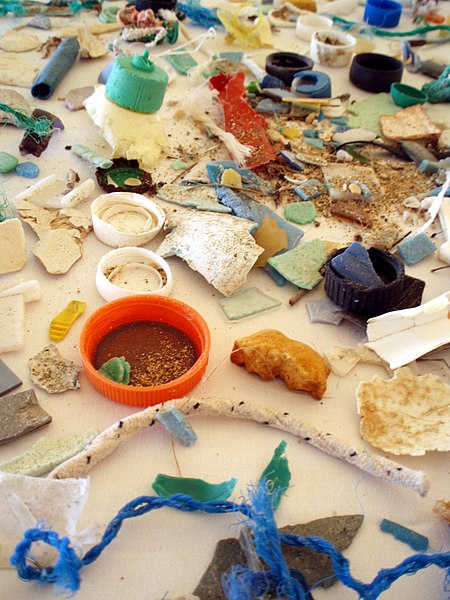 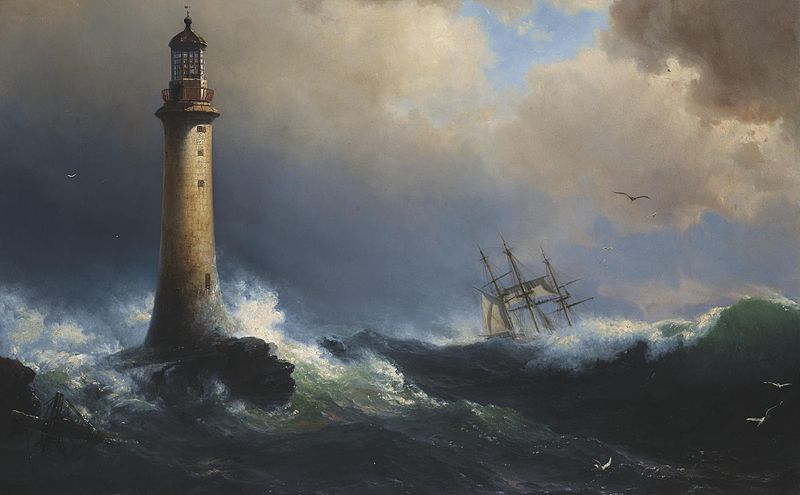 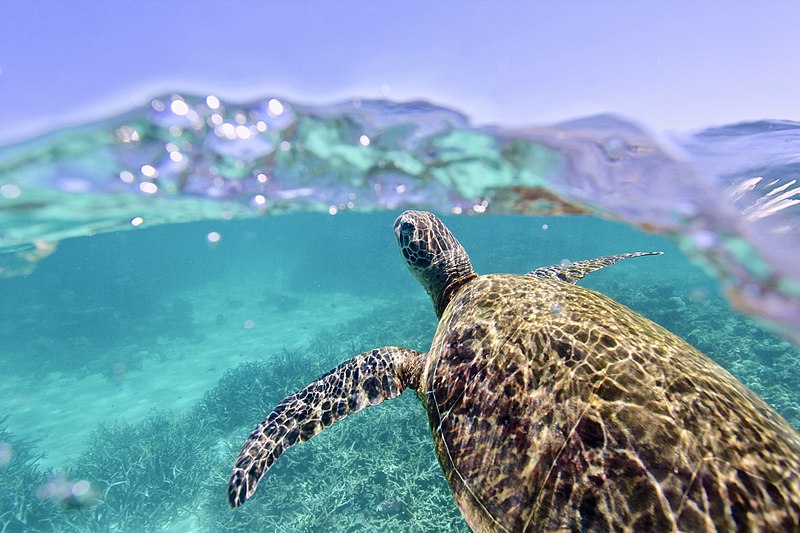 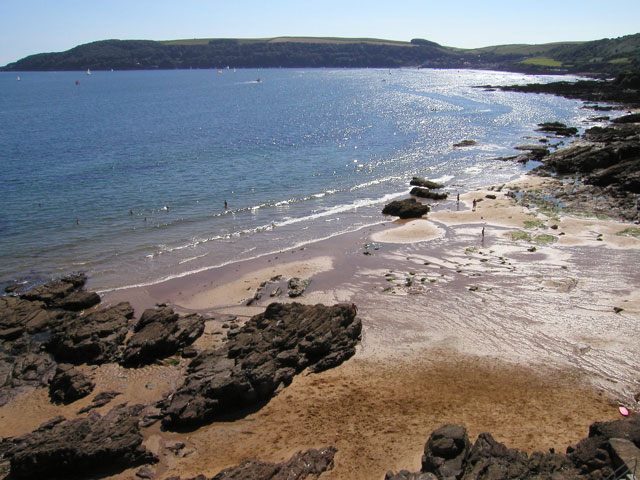