There has been a developing trend toward building ever larger luxury yachts but it’s worth noting that while a big luxury yacht might be very impressive, bigger is not always the best. Access to worldwide marinas, for example, is limited by the size of a craft. There are fewer marinas big enough to berth the largest of today’s luxury yachts. And the deeper draught of these large vessels means that some shallow coastal waters and harbours will be strictly out of bounds. Another often overlooked aspect of life on board supersize megayachts is that it can feel like you are alone on board a ghost ship. And of course a very significant aspect of large megayacht ownership is the cost. While the initial acquisition cost is inevitably high the ongoing running costs for fuel, berthing, maintenance and crewing are notably higher for large luxury superyachts.

The Size of a Luxury Superyacht

Yacht size is traditionally defined in terms of the vessel’s overall length, it’s overall height and it’s beam. Overall length is measured from the tip of the bow to the centre of the stern and should include the additional length of any protuberance such as motors or the rudder. Overall height is measured from the bottom of the keel to the highest non-removable part of the boat. The beam is the width of the craft at its widest point.

The exterior dimensions of a megayacht don’t paint a complete picture of a vessel’s size. Other important factors include the volume of internal space, how much living space there is and performance related attributes such as the size of the engines, top speed, cruising speed, fuel capacity and range capability.

Gross tonnage is traditionally used in reference to the size of ocean going ships. It should be understood that this term does not refer to weight or mass. Gross tonnage is a measure of the overall internal volume of a vessel. Megayacht sizes are often compared based upon length and gross tonnage.

So let’s examine the details of some of the largest megayachts that can potentially be seen in 2019.

Dilbar is considered by many to currently be the largest motor yacht in the world. Owned by Russian businessman Alisher Usmanov Dilbar was built by well the well known German superyacht builder Lurssen Yachts and delivered in 2016.

Her overall length is 157 metres (512 feet), beam is 23 metres and her gross tonnage is 15,917t. She has a cruising speed of 22.5 knots, which is remarkable for a vessel of this size. There are 35 crew cabins providing space for 80 crew along with cabins for 40 guests. Internal guest and owners living space is a total of 3,800 square metres.

It is estimated that she cost around $600 million to build and she is packed with exceptional features including the largest onboard power plant fitted in any superyacht, the largest swimming pool and the largest antenna array. This megayacht also has its own specially constructed dock in Antibes.

Azzam is another super-size megayacht that’s considered by many to be the largest yacht in the world due to its length of 180.5 metres (593 feet). But with a gross tonnage of 13,136t she offers less internal volume than the shorter Dilbar.

Owned by Sheikh Khalifa bin Zayed Al Nahyan, the Emir of Abu Dhabi and President of the United Arab Emirates. He is one of the world’s wealthiest royals with a net worth of $15 billion.

Another fantastic craft built by Lurssen Yachts and delivered in 2013 at an estimated cost of $400 million. Powered by a combination of two gas turbines and two diesel engines she is capable of a staggering top speed of 30 knots, thanks to her shallow draught. She has 30 cabins for a crew of 60 along with 18 guest cabins for 36 people.

Al Said is another great yacht built by Lurssen Yachts for an estimated cost of $300 million, delivered in 2008. She has onboard space for a crew of 140 along with 65 guests. She has a top speed of 25 knots and cruising speed of 22 knots.

No review of large megayachts would be complete without mentioning the remarkable Eclipse, owned by Russian businessman Roman Abramovich.

Eclipse is widely known as the $1.5 million yacht – but actually cost closer to $500 million to build. Built by German shipbuilder Blohm and Voss in 2010 she is 162 metres long and a gross tonnage of 13,564t, longer than both the Dilbar and Al Said, but notably smaller in terms of volume. She has 18 cabins for up to 36 guests along with space for 70 crew.

Her onboard features include two swimming pools and two helipads and she is reputed to be fitted with a state of the art anti-paparazzi system which detects the electronic light sensors used in modern digital cameras. Once detected a paparazzi camera is then targeted with a bright beam of light which overexposes the photo. But some sources doubt whether this technology genuinely exists.

Owned by Sheik Mohammed bin Rashid al-Maktoum, the Dubai is the royal yacht of Dubai. She was originally commissioned by Prince Jefri of Brunei but the project was abandoned in 1998. Her build was finally finished on behalf of the Dubai government in 2006. Sheikh Mohammed bin Rashid Al Maktoum is both the ruler of Dubai and the Vice President and Prime Minister of the United Arab Emirates (UAE). His net worth is estimated to be around $5 billion.

The Dubai is 162 metres long and has a gross tonnage of 13,470t. She has 40 cabins for 88 crew members and 24 cabins for up to 48 guests. Onboard features include some remarkable, detailed mosaics along with a dramatic glass staircase that changes colour. She has undergone several name-changes from Platinum, Panhandle and Golden Star.

Mega-size luxury superyachts like these are impressive but don’t meet the needs or desires of most people. Princess motor yachts offer a range of super high quality luxury yachts with impressive specifications and capabilities which exceed many of those listed in this article. What’s more, Princess shared ownership means that you can experience all of the pleasures of luxury yacht ownership for a remarkably low initial outlay. 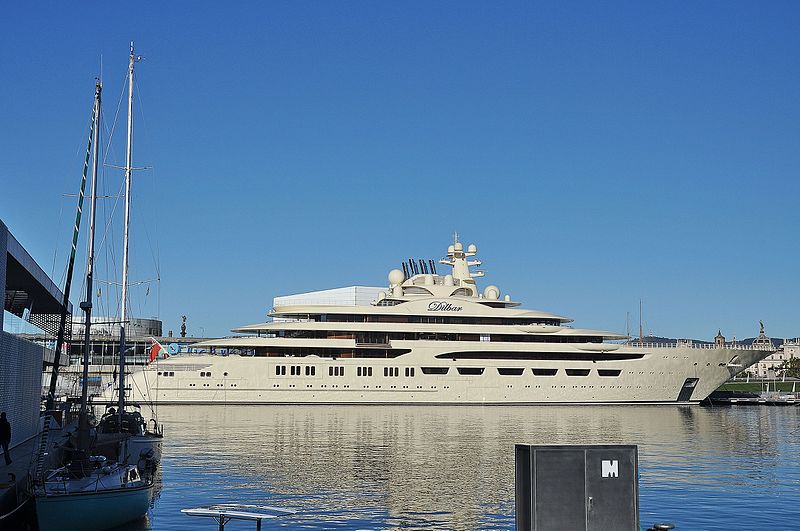 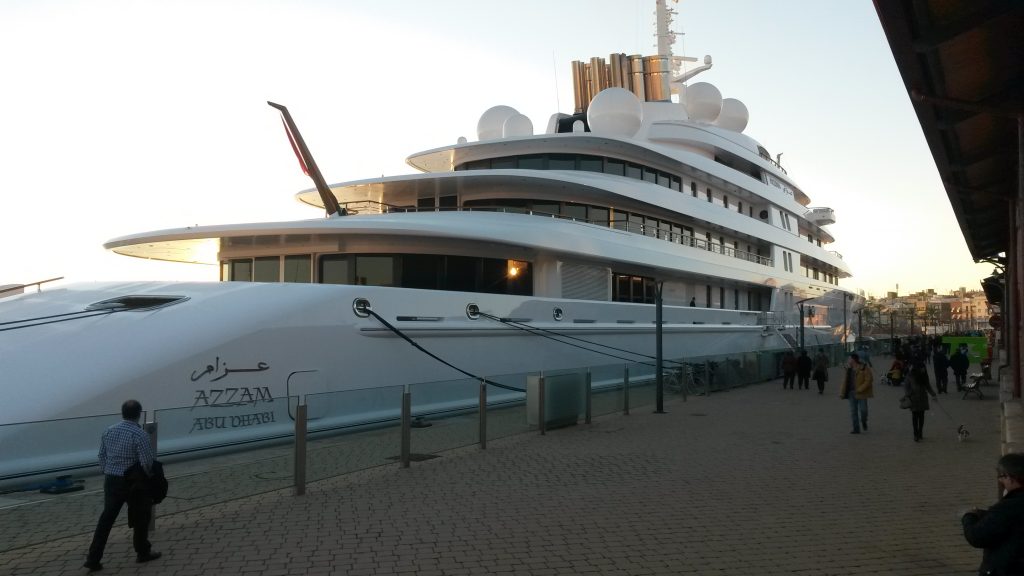 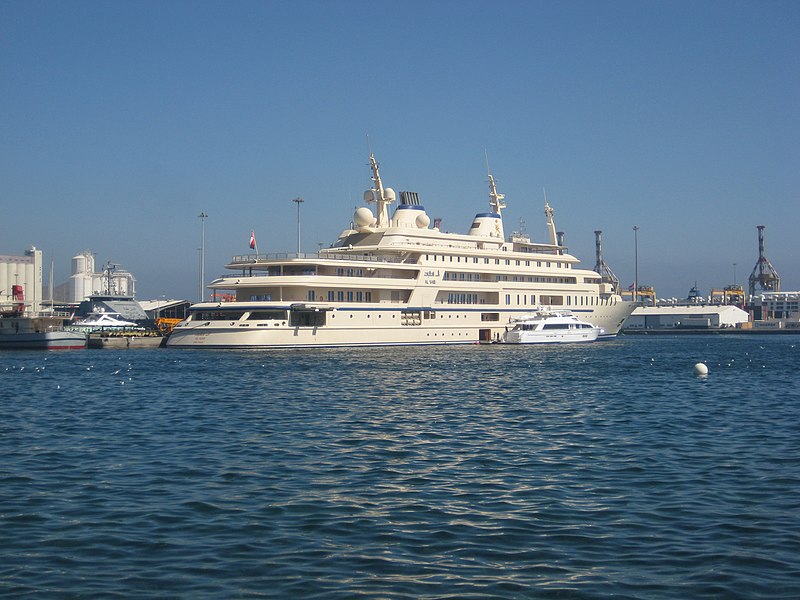