Nestling between elegant eateries and designer boutiques on the famous waterfront at Puerto Banus, Princess Motor Yacht Sales Marbella enjoys a setting few dealerships in the world can match. Headed up by Nick Case, a man with 35 years under his belt at Princess Yachts, it’s also a company with a very firm grasp on how special it can be to own a yacht among the rich and diverse cruising grounds of southern Spain. We spoke to Nick to find out how operating a yacht out of Puerto Banus can be good news for your logistics and your finance, as well as your cruising entertainment.

Nick Case and the ‘Marbella approach’

Having started his Princess Yachts career as a broker in Poole in the 1980s, Nick then headed up a Princess dealership in Gibraltar in 1990, before moving across to Puerto Banus in 1994. That’s where he established the Marbella arm of Princess Motor Yacht Sales, a dealership that is now enjoying its 28th year in business. And when asked about the secret to his success, Nick is disarmingly straightforward in his assessment of what really counts: “It’s about making life for our owners as easy as possible. A lot of our clients are from northern Europe. When they finish their holidays and head home, they want to know that their boats are being properly cared for – so it’s not just about selling boats. It’s about the advice, the servicing, the warranty and the aftersales back-up. It’s about delivering a package that allows our owners to enjoy their boats without any stress, doubt or worry.”

In Nick’s case, “making life as easy as possible” involves everything from servicing, cleaning and fuelling to mechanical maintenance, equipment upgrades, boat prep and even laundry. But that personalised service is clearly a key element of Nick’s approach to building client relationships that last. “We tend to build very close personal ties with our clients over time” says Nick. “In fact, they’ll often ring me directly if they need help and that’s part of what creates loyalty and enables us to move our customers up through the range. A lot of them have been with me for decades now – and we’ve gone through four, five, six boats and watched their whole families grow up. Eventually, I get to see their children coming in to buy their own boats and that’s an incredibly satisfying thing to be a part of.”

One of Marbella’s greatest natural yachting assets is of course its climate. Nestling in the lee of the Sierra Blanca mountain range, it experiences an amazing 320 days of sunshine a year, enabling true four-season boating. And while the relative absence of coves and calas means that the immediate coastline around Marbella and Puerto Banus is best suited to day trips, its proximity to some amazing (and radically contrasting) destinations makes it one of the best yachting bases in the whole of Europe. “We’ve got Morocco just 36 miles away,” says Nick. “You can go west, round the corner to Portugal – and a lot of boats, particularly the larger ones, will base themselves down here and then cruise the Mediterranean. They’ll go up to Mallorca or they’ll go further east to Croatia or Greece before coming back here for the winter. And the fact that we’ve got Gibraltar about 30 miles away means we have easy access to duty-free fuel, saving our owners about 50% on regular Spanish prices. We have numerous golf courses nearby and you can ski in Sierra Nevada which is only a 2-hour drive from Banus”

But as Nick explains, if you’re a UK resident with a boat in Puerto Banus, Gibraltar’s position brings much greater financial incentives than just cheap fuel. “If you own a UK (non-EU flagged) boat, the Temporary Admissions Scheme means you can keep it in EU waters for 18 months without paying your 21% VAT. At the end of that 18-month period, you have to take it out of EU waters to reset the clock. But from here, all you have to do is steam into Gibraltar for a night and, just like that, you’re set for another 18 months of tax-free boating.” 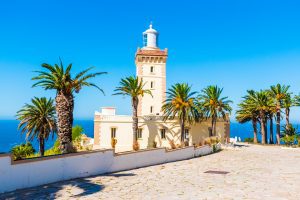 Through the straits: Spain’s Atlantic coast

As you head west from Gibraltar, with a tax-free boat and a tank full of half-price fuel, southern Spain’s Atlantic coast opens up a range of tempting destinations. Leaving behind the kite and windsurfing Mecca that is Tarifa, you will come to the ancient port city of Cadiz. Reputedly Europe’s oldest continually inhabited settlement, it’s a bustling place, mixing endless sandy beaches with a tangible sense of history and thriving maritime commerce. Head just a few miles further west and the Guadalquivir River then invites you 70 miles inland, providing direct access by boat to the famously seductive city of Seville. While its historic centre, its medieval lanes and its UNESCO world heritage sites are worth the trip in their own right, it’s the buzz of the place that really hits home. Whether you want to head for a traditional flamenco club, time your visit to coincide with one of the city’s many festivals or simply enjoy the infectious hum of al fresco diners among its ancient plazas, Seville is a major highlight in any cruising itinerary.

While Morocco might not be your first thought when putting together your cruising plan, Tangier is now more attractive to visiting yachtsmen than ever before. Its glitzy new marina puts you right at the heart of the town, in prime position to experience a wonderful clash of traditional rusticity and upmarket refinement. From here, if you want an even more intense Moroccan adventure, you can just grab a taxi, head inland and immerse yourself in a culture that provides a thrilling contrast to Europe’s mainstream boating scene. According to Nick, if you want to explore the Portuguese coastline instead, that’s an equally easy day-and-a-half cruise from Puerto Banus. The gorgeous resort of Vilamoura makes a great stop on Portugal’s south coast before you reach the historic port city of Portimão in the western Algarve. From here, after you round Portugal’s southwestern tip, it’s a clear run north toward Lisbon – one of the most dramatically beautiful coastal cities anywhere in the world. 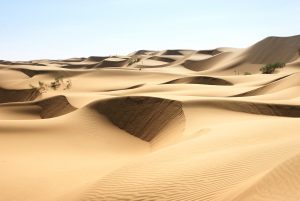 Cruising east: from Malaga to the Balearics

Having undergone extensive redevelopment over the last few years, Malaga is now one of the top tourist cities in the whole of Europe. It’s a place of historical buildings, cosmopolitan bars and memorable restaurants, all elegantly linked via expansive pedestrianised streets and enjoyed by a vibrant mix of happy locals and international tourists. The waterfront is being developed now too, with two marinas in the pipelines, plus high-end facilities for visiting superyachts, so it’s a really fantastic place to visit. But if you want something more intimate and low-key, Nick describes Marina Del Este, a little to the west of Malaga, as “a superb stop for smaller boats, with a beautiful setting and lovely clear water for swimming.”

If you want to go even further around southern Spain’s Mediterranean coastline, Alicante and Valencia are both perfectly accessible and so are the fabled islands of the Balearics chain. According to Nick, “Ibiza is about 360 miles away and Mallorca is about 450 miles away, so within 48 hours you can be on location, cruising the Balearics. In fact, if you’re happy to take your time and run at displacement speeds instead, it’s perfectly possible to do the trip in a 70-foot-plus boat on just half a tank of fuel – so it really couldn’t be easier.” 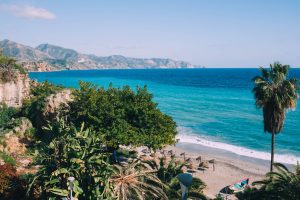 What kind of yacht works best?

It seems that virtually every boat in the Princess Yachts range, from the V40 right up to the X95 and Y95, has a role to play in the Puerto Banus boating scene. While clients who have an apartment or villa nearby tend to go for smaller V Class models that are well set up for day boating, those who have no local residence tend to use their boats as holiday homes, as well as entertainment platforms. According to Nick, clients like this tend to go for “larger flybridge-equipped boats with higher volume and extra liveaboard practicality.” They will often spend four to six weeks on board, using Puerto Banus as a base from which to explore the entire Mediterranean. But as Nick explains, both for local day boaters and for more ambitious long-distance cruisers, the ongoing evolution of the Princess fleet remains vital: “There’s a DNA in Princess that endures from year to year and from Class to Class – and you can still see it, even in the most recent boats. It feels like there’s a really authentic heritage there and, when you marry that with some of Princess’s amazing new designs, like those of the explorer-style X Class, it puts my clients in a great position to enjoy this magnificent part of the world to the utmost.”

For further information about Princess Motor Yacht Sales Marbella, visit  www.princess.co.uk/location/marbella/ or contact the experienced team on: +34 952 818 141 or email: marbella@princessmysales.com